Today, I came to the sad realization that my family will not support me in my creative expression. After years of them calling me boring and dealing with their crazy hairdos, I received an upsetting response to my new do. While blow drying my hair back, I realized I could obtain the absolutely perfect Joe Dirt mullet. I felt so alive! I wanted to pull out an electric guitar and rock out! That was until I ran upstairs in excitement to show them my new, daringly coiffed hair. I received the following responses, “No – it really is upsetting me”, “It’s making me uncomfortable” and “That’s so annoying!” Not one show of support! Well, except for Rico… only when he realized how upset it made the others. So, I walked my dejected, dispirited self back downstairs to oil, dry, and wrap my hair back into it’s old, predictable style. #blacksheep #crestfallen #woebegone #forlorn

Once you know you no longer want to reproduce, there should be a button you can push (maybe the navel) to let your body know it does not need to keep checking back every month. I’m sure dammit!

The shuttle to and from the train has been crazy lately.  I actually watch as people position themselves to get on first, even though they see a bunch of us have been waiting before they came out.  Y’all know I have considered clipping a few of the rude ones.  Ooops…my bad.  lol.

They do this because the shuttle has been packed and many don’t make it on.  And, the driver announced today they can’t allow people to stand anymore.  So, I anticipate the aggressiveness is about to be turned up a notch.

Luckily for me, the weather is nice enough to start walking again…so I thought.  I used to walk to and from the shuttle regularly last year.  So, I was like – I have my tennis shoes today…forget those shuttle folks.  That all seemed like an excellent idea until I hit the incline…right outside the building.  I had to nerve to start leaving someone a voicemail right before the incline began.  Maaaan, let’s just say they may be reporting me right now for sexual harassment ’cause my breathing was hella heavy by the last sentence.  I don’t know why I didn’t just act like I got disconnected.

Back to that incline – by the time I hit the peak, I was wishing I had a medical alert bracelet.  I near ’bout died!  LOL  I was gasping for air and mad at myself for wearing these black pants and not taking off my sweater before leaving.  See it was 50 degrees when I left this morning so I was still dressed for that instead of the 82 degrees I was met with this afternoon.  I could’ve sworn smoke was starting to bellow between my thighs.  And, I was way too close to a bunch of dry trees lining the path.  I most certainly did not want to disappoint Smokey Bear.  When I was little, he told me, “Remember ONLY YOU can prevent forest fires.” 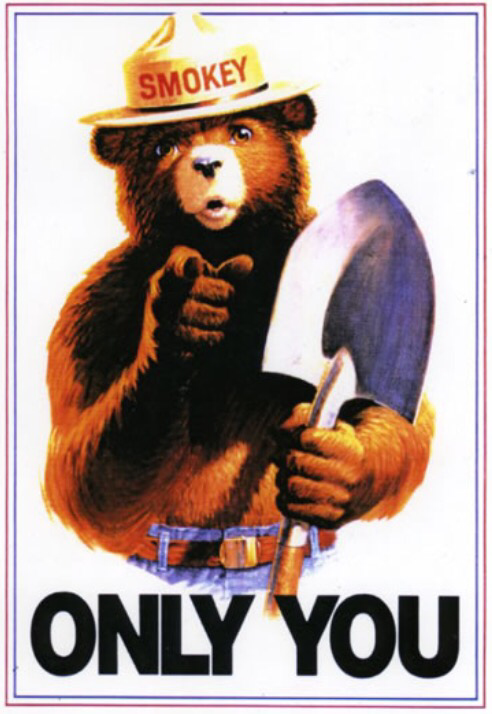 And here I was on the verge of disappointing Smokey and having “spontaneous combustion” listed as cause of death on my certificate.  To avoid all of that, I slowed my pace.  The rest of the terrain (yes terrain!) was relatively flat and I finally made it to the train without needing CPR.

Needless to say, I have really gotten out of shape during the cooler seasons.  That could explain why none of my clothes fit.

My lips did not appreciate me waxing them this morning. Now, they want to puff up and show out. I guess they are gonna miss their little hairy friends. lol

Dear Immune System, you really don’t have to notify me every time you have to fight for me. All of this chest thumping and showing off is really not necessary. Remember, real heroes don’t brag.

I am often amused and sometimes irritated by my fellow commuters during my 40 minute journey to and from the place that pays. Select the MartaMe category to check out my latest observations and flashbacks.

This category is pretty self explanatory...growing older...sometimes not so gracefully. Luckily, I'm not in crisis mode yet. :-) Select the MidlifeMe category to follow me on this journey.

Misophonia, literally "hatred of sound," is a condition in which negative emotions, thoughts, and physical reactions are triggered by specific sounds. It is also called "sound-rage", which is the best way to describe what I have been suffering from my entire life. Select the MisoMe category to check out articles, memes, thoughts, and rants...lots of rants. :-)

Let's just say my parenting style is not what most consider typical, but it certainly has worked for us. And, my parenting extends to my nieces and nephews. Select the MommyMe category to read funny stories, flashbacks, observations, etc.